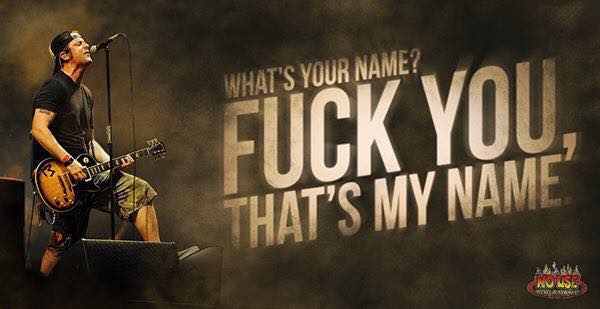 
"I have many videos of Tony and NUFAN on my YouTube channel. I learned about him passing away because all of a sudden, out of nowhere, all these comments starting coming in. I remember feeling like the world was spinning as it dawned on me what was going on... I started to cry. Never before had I been affected so much by the death of a person I didn't really know. But he and his music were the soundtrack of my life when I was growing up. It felt like losing a good friend . It still hurts that he is gone. R.I.P. Tony!"

Arjan
"It's to late to talk to u And its to soon to say goodbye... Listen wherever u may be... U still live inside my mind... Something tells me that u are free again in a place that feels like home.... Its never easy to understand... Why memories hold our hands... But people wont let go... "

Jaybster
"This still breaks my heart... So sad!!"
Melissa
"Losing Tony was like losing a dear friend, though I only met him once, he was the nicest of people and sat drinking with us after the show for hours just b.s.ing about music and life. His lyrics have always been inspired, creative and with a certain soul many musicians these days are lacking. He was one of the greats and will always be a muse whenever I'm in a writing funk and need some sly-tivation. "

Johnny
"He wasn't just a singer in a band - he was someone whose music had helped me since the age of 14 - his songs have made me smile, made me sad (in a good way), motivated me when I felt like just staying in bed, comforted me when the love of my life left me, comforted me when family and friends had died. When I heard the news I felt exactly the same as when a member of my family died and I firmly believe that no other song writer dying would affect me and indeed so many others in that same way. people hear of someone dying - they say RIP on facebook or whatever and their day carries on but with Tony - I think we have all not been the same since it happened."

Paul
"He truly was a hero in the Bay Area Punk Rock scene."
Martin
"It´s never easy to understand, why memorieshold our hands, but people let go... "
George
"I'm not feeding the fire anymore - rest in piece dude"

"I met him once in Seattle. I wish I knew him better, but he was a cool guy with awesome songs and loved music. NUFAN got me through some tough times back in the 90s. Thanks Tony Sly!"

Bryson
"Don't Miss The Train!"
Fernando
"Will always be missed"

Robert
"Miss you so much Mr Tony Sly ... Without you , our lives are incomplete , our days are absolutely grey !!"

Olivier
"RIP TONY, GRACIAS POR TU LEGADO"
Blackk
"Pretend you're invincible, there's no one to tell you that it's wrong they're all just as scared as I am it's over someday soon it won't be long.." Thanks Tony for giving us the opportunity to listen to your music!!!"

Alexandros
"Its too late to talk to you..and its too soon to say gudbye..listen wherever u maybe..u still live inside my mind... Truly a legend.. "

Fast
"Nothing is the same... Without Tony"

Raúl
"NUFAN concerts were something special ..always we will remember those atmosphere .. thank for all"

Silvano
"RIP Tony. I feel fortunate that I got to grow up skateboarding and listening to No Use for a Name!"

"Seeing and meeting Tony at the start of his last tour was something i'll never forget. An amazing writer, with the vocals to go with it. You always said it best. I'll see you on the outside Tony. R.I.P. "

"My life is what it is today because of him and I will always remember all the good fuckin shows I attended, R.I.P"

Karine
"One of the best song writer and singer ever"
Danielle
"My punk rock band Culpados Inocentes fron Brazil, open one show in Porto Alegre, it was a special moment "
Gabriel
"Good bye my inspiration.... "

Khair
"True Hero!"
Darrick
"People should have known more who was him, and really, their lyrics were awesome. He shouldn't have gone all of a sudden, even his songs will remain forever in a lost generation"

David
"I will see you on the out side. Rip Tony gone but never forgotten."

Morten
"I miss Tony but was lucky to have known him for so many years."

Dele
"Probably one of the greatest songwriters in punk rock. rest in peace, man. " 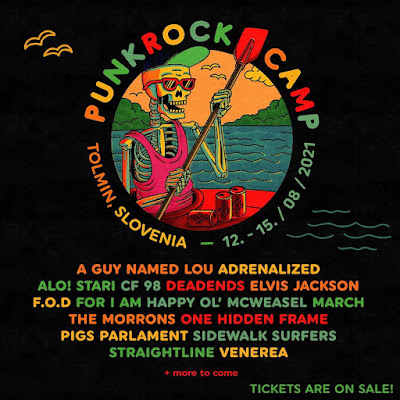 One of the best skate punk,punk rock festival in Europe Punk Rock Holiday announced Punk Rock Camp festival in August. Because of Covid-19 they had to change the idea of festival

"Punk Rock Camp is an alternative festival instead of the postponed Punk Rock Holiday. The idea is to build a Beach Stage type of lineup with mainly European bands that can travel to Tolmin, along with everything else you can experience on Punk Rock Holiday. Just on a smaller scale". 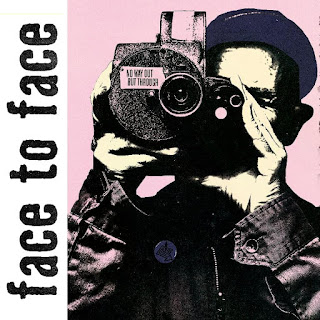 Face To Face are streaming new song "No Way Out But Through" from upcoming album under the same title. Band's new album will appear on September 10th via Fat Wreck Chords
Autor: melodic punk o 10:31 Brak komentarzy:

Gibberish (skatepunk) stream new songs: Sanctions and Yesterday with guest vocals from Hans Roofthooft of F.O.D. and Chris McGrath of Much The Same 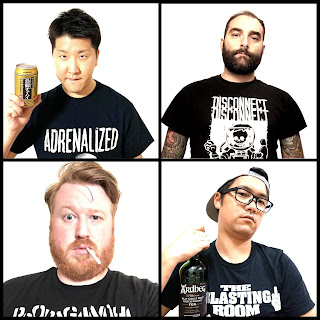 An e-mail based skatepunk band Gibberish stream new songs: Sanctions and Yesterday. those songs will appear at band's new album Strangers, out on August 20, 2021 via Thousand Island Records. Pre order here.
At new songs you can hear guest vocals from Hans Roofthooft of F.O.D. and Chris McGrath of Much The Same
Autor: melodic punk o 10:25 Brak komentarzy: 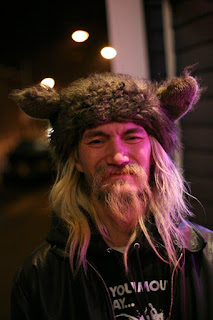 Ken Chinn a.k.a. Mr. Chi Pig (1962-2020), frontman from SNFU will be memorialized on Whyte Avenue in Edmonton.  Layla Folkmann and Lacey Jane Wilburn mural artist are painting the piece on the east side of The Buckingham, a pub and live-music venue at 10439 Whyte Ave. Read more here
Autor: melodic punk o 13:56 Brak komentarzy: 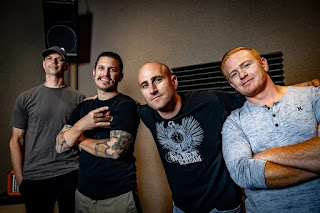 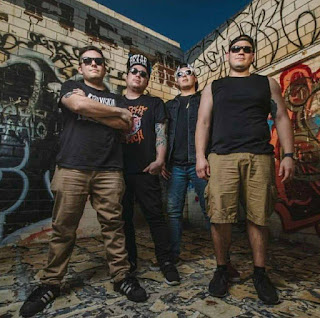 USA pop punk Destroy Orbison releases new single “Dick”. This song will appear at their upcoming EP scheduled to be released this fall

The band’s influences include early Blink 182, MxPx, The Lillingtons, NoFX, A Wilhelm Scream and Tsunami Bomb.

Band Of The Month: The Daily Grind 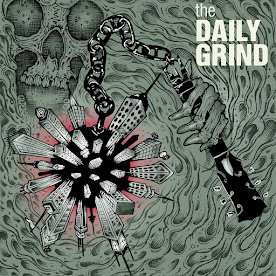 If you’re a fan of the melodic hardcore sound pioneered by the Epi/Fat bands of the 90’s, and their Scandanavian offshoots like No Fun At All, Satanic Surfers and Millencolin, you’ll like them