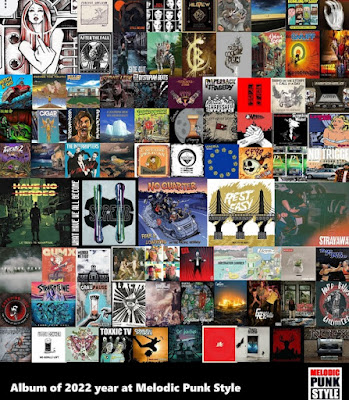 Results of voting for the best album of 2022 at Melodic Punk Style: 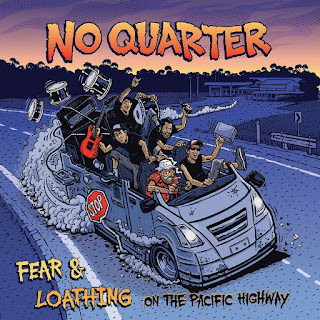 New album from Aussie skate punk No Quarter "Fear And Loathing On The Pacific Highway" is  loaded with 13 tracks of awesome melodic skate punk that takes a heavy influence from the likes of Strung Out, Lagwagon and Guttermouth. If you ever find yourself nostalgic over that brief period in the mid-90s where grunge had died down, the Vans Warped Tour was making its mark on rock history, and your music habits consisted of mostly the Fat Wreck Chords and Epitaph label, then the likes of No Quarter will cure that craving
2nd place 165 votes
Charlie Bit My Finger - Back And Fourth 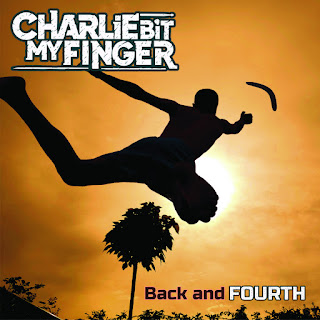 Five years in the making, "Back and Fourth" is the third album from Belgian Pop Punk outfit Charlie Bit My Finger following 2017's "Third Times a Farm". The album is packed with short, snappy, mosh pit erupting, singalong anthems. They’re melodic chaos with a good mix of light and dark lyrics. Anti-love songs, tracks that delve into topics of mental health battles and hopelessly romantic declarations of love. "Back and Fourth" is a straightforward album that doesn't try to be quirky; it crashes in, kicks back and rocks out!
3rd place 72 votes
Cigar - The Visitor 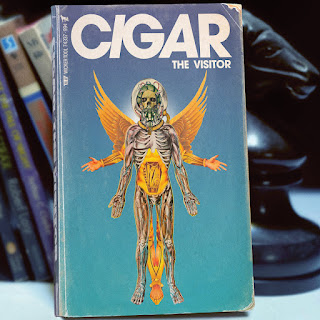 Cigar’s 1999 album Speed is Relative is a bit of a cult classic as far as skate punk albums go. Its successor, The Visitor, promises to be remembered as a fitting, albeit long-delayed, follow-up. Helmed by original members Rami Krayem on guitar and vocals and Jon Sortland on drums and vocals, with new bassist Jonathan Hischke, Cigar are a well-oiled three-piece who show a similar, yet matured version of the same style over two decades later. First of all, Sortland’s rapid-fire drumming on this album is just fucking relentless. Their style of punk is pretty traditional of a skate-punk trio, but they show themselves to be masters of the subgenre. Lyrically there’s a wide range of styles here from the complex epic “Legacy of the Seven Piles” to the more simple elegance of the earnest love song “Move On.” And while it’s a showcase of talent from beginning to end, two songs stand out as the real heroes of the album. The first is “Classic You,” which was actually first released as a digital single in 2019. “Classic You” has a pretty straight forward melody and hook that’s complimented by the muscular rhythm section. The other is the single “We Used To,” which funnels an age-worn nostalgia into a hard-edged pop-punk tune that’s already got “modern classic” written all over it.
4th place 64 votes
Craig's Brother - Easily Won, Rarely Deserved 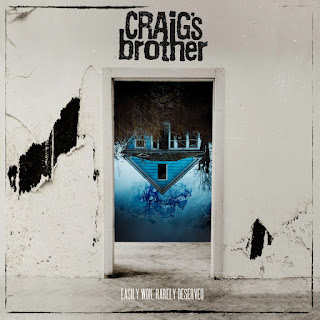 Craig’s Brother is finally back and a return it is. The band delivers just under 45 minutes of lightning-fast drums, solid riffs and more melodic hooks, harmonies and ooh’s and aah’s than you can shake a stick at. It’s like the 10 years in between albums never happened with the band firing from all cylinders
Other places:
5. Passage 4 - A Molotovcocktail Blues
6. A Wilhelm Scream - Lose Your Delusion
7.No Fun At All - Seventh Wave
8.Suntrace - Moongravity
9.Sic WaitingA Fine Hill To Die On
10. Have No Heroes - Letters To Nowhere
11. Screed - What have We All Become
Posted by melodic punk at 10:47 Brak komentarzy:
Wyślij pocztą e-mailWrzuć na blogaUdostępnij w usłudze TwitterUdostępnij w usłudze FacebookUdostępnij w serwisie Pinterest
Labels: #News, #News# 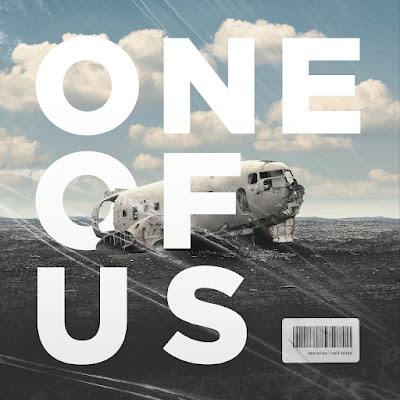 Canada, Winnipeg skate punk band One Of Us are streaming their new self titled album. It will appear on January 26 via Melodic Punk Style on CD and vinyl format. You can buy it here

Be ready for fast, melodic riffs with neckwrecking rhythms and multiple vocal harmonies that are hard not to sing along to. 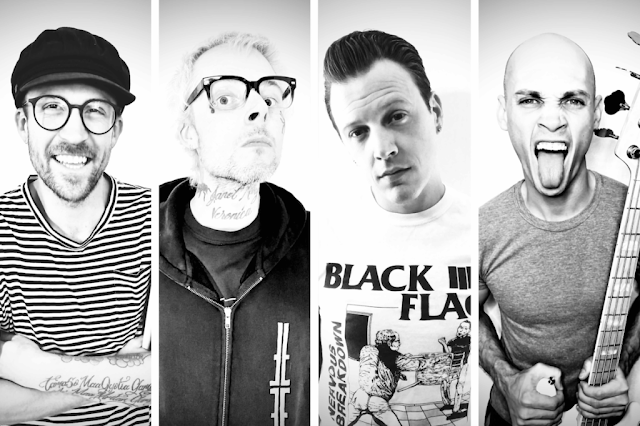 In Warsop’s own words “So many musicians have unapologetically paid tribute to bands like The Ramones or The Clash… It’s about time someone did the same for ALL. We’re just trying to fly that flag as proudly as possible.” Scholz added “We certainly aren’t re-inventing the wheel, more so celebrating and paying tribute to the bands that helped define the pop punk genre. So If you like pop punk, you’ll love NOT” 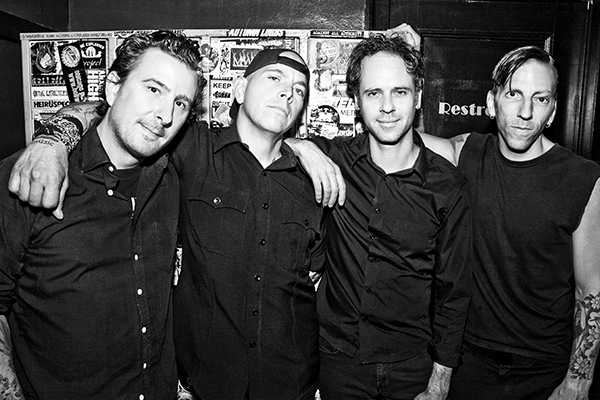 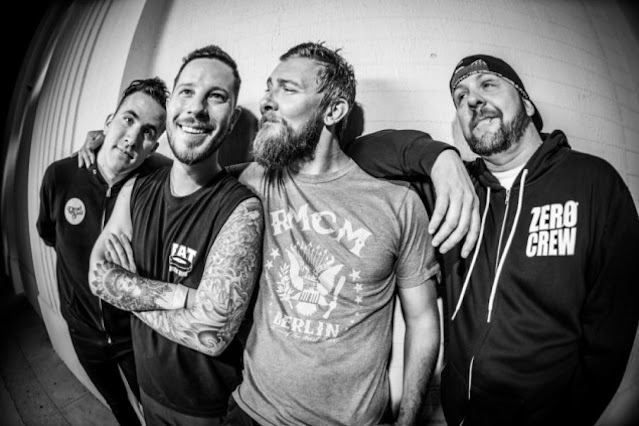 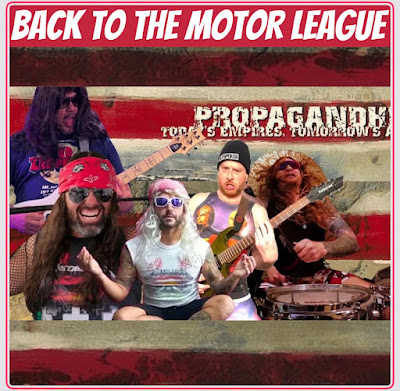 We are starting the New Year off with a bang! We are having a blast making these, and hope you are enjoying them as well. I was stoked to welcome back Aaron Bruski from Dearly Divided. This time, Aaron really wanted to direct and edit this one. He had a rad vision and we bounced some ideas off of each other. Everything came together nicely! I've known Scott Hallquist for a long time, and was pumped to finally work with him on this channel. I've known him even before he was in DC Fallout! I got to sing on one of his tracks along time ago, and knew we would collaborate again soon. He is responsible for the rocking mix you hear. He is also in Ten Foot Pole, check out their new album! Dave Settimi is also back on guitar, from Bossfight in San Digeo! Loic also returns on bass for a 3rd time. What a maniac! 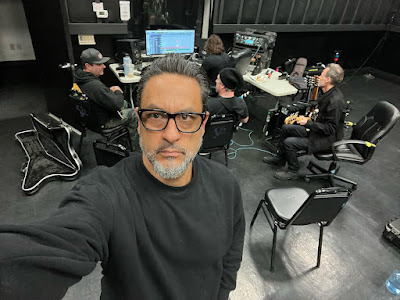 Strung Out announced at their social media pages like facebook that they are recording new album. Hope we won't wait too long for band's 10th LP with new drummer Daniel Blume

"Today it was a good day . #newalbum"